💜 Do you love to support small business and promote them on your social media?

💜 Do you enjoy taking exciting and different product photos?

💜 Do you have a follower base that would love to benefit on discounts you can offer on products that you review?

💜 Do you love Disney Parks and attend at least one park, once a year?

Then I may be looking for you to become one of my new Brand Ambassadors.

Queen Ursula Uk are the creators of the original crystal ears, since starting I have launched fabric ears as well as custom clothing and a Redbubble store of my artwork. I am looking for people excited to promote all of these things as well as new things I am working on!

I am looking for up to 4 brand ambassadors of ANY GENDER from ANYWHERE IN THE WORLD and of ANY SIZE to promote my brand for at least a 3 month period to start with.

I do not need you to have millions of followers, what I find important is that you are engaged with the follower base that you do have. I would also love you to create colourful, fun and inspirational content.

I will need you to promote Queen Ursula uk brand at least once a week via your social media, preferably Instagram and insta stories. I would love you to regularly post photos of the items I have sent you as well as promoting any shop openings and or news that I release during your contract with me.

What do you get from me?

💜 At *least* one product per month, for the initial 3 month trial period. This will be something that suits your aesthetic following our initial consultations

💜 A personalised discount code for your folowers

💜 Access to all new products before they are launched.

How do you enter?

💜 Pop me an email via the email button on my Instagram profile telling me – Your location, gender pronoun, clothing size and how regularly you attend a Disney Park.

It may seem a lot but I want to make sure that I see all your applications!

Full terms and conditions are on my blog which can be found in the links in my bio on Instagram.

– Applicants must have a public Instagram account
– Applicants must have a delivery address which is not a P.O. box. Applications taken worldwide
– Initial term is until 31 January 2019..  Renewal of term is subject to mutual agreement and confirmed 2 weeks before the initial term ends.  Max term length is one year.
– Inappropriate use of discount codes will lead to immediate termination of arrangement.
– Applicants are required to stay on-brand and promote in a manner that is consistent with Queen Ursula U.K.
– Brand reps are promoting Queen Ursula U.K. only.
– Brand reps understand and acknowledge that My artwork is in no way endorsed by, affiliated with , authorized, licensed, or in any way connected with, the Walt Disney company, Disney Enterprises, Inc., or any of the above mentioned design suggestions or any of their subsidiaries or affiliates. I do not own any characters, trademarks, and all of my artwork is simply my interpretation of the characters and /or are merely inspired by those characters but not actual depictions

Should you have any questions at all then please email me at queenursulaenquiries@hotmail.com and I will get back to you as soon as I can.

I can’t wait to hear from you

Being a plus sized lady, I can’t often buy Disney clothing ☹️ This means that the easiest way for me to show my Disney side on a daily basis is via accessories, more specially bags.

I am an obsession Disney bag collector, I probably have over 50 Disney bags and the majority of my collection come from Loungefly.

I know that since Shop Disney launched in the U.K. they have some Loungefly bags available but Zavvi have launched their Loungefly collection in the past couple of weeks and have by far the biggest online collection at reasonable prices!

Here’s a selection of some of my fave designs! 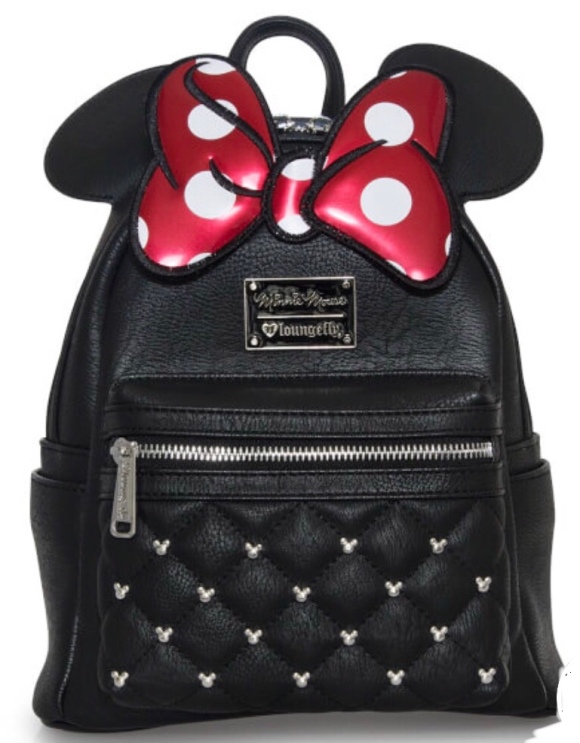 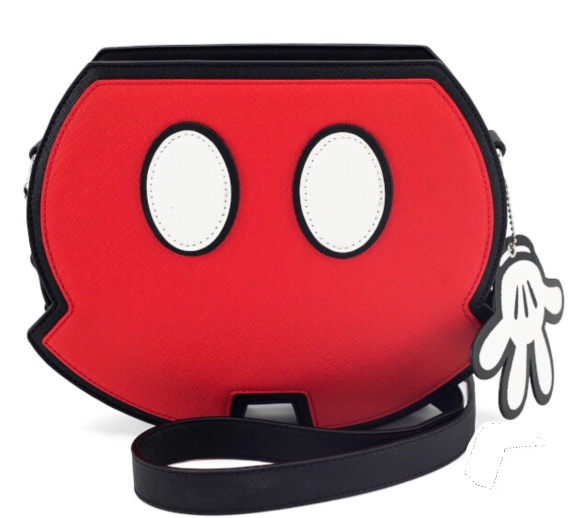 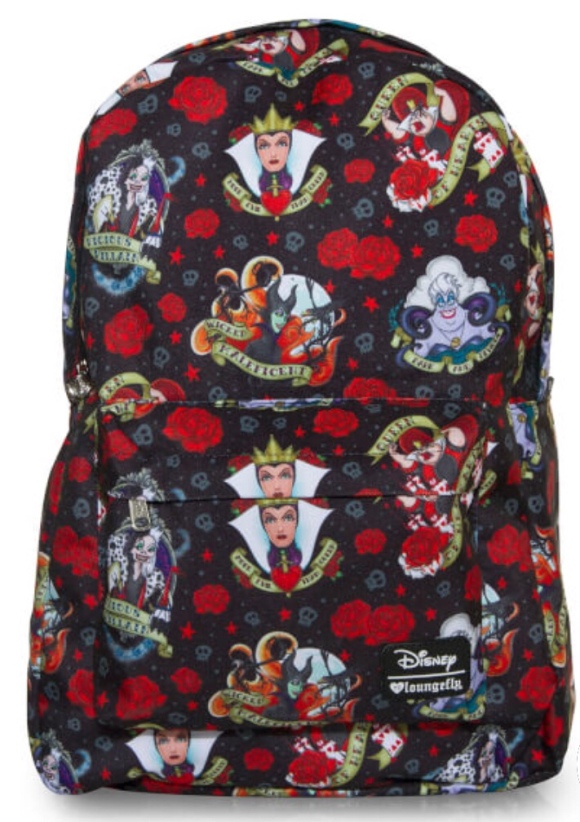 Have you had a chance to look at the Loungefly collection? What are your favourite pieces?

Have a lovely day!

A sneak peek of the AMAZING new Snow White collection by Cath Kidston has just dropped into my mailbox and all I can say is WOW!

You all know I’m a HUGE fan of all the collaborations that Cath Kidston have done with Disney. I own pretty much all of the Alice Collection (even as far as buying clothing items that didn’t go up to my size that I amended to suit!) which was, by far my favourite collaboration. However, the designs coming out for the original OG Princess Snow White are really something special!

I thought I’d share some of my faves from the items that I’ve seen so far.

The whole feel to the items that feature Snow is very simplistic and feminine staying true to Cath Kidston Style.

The collection drops onto the Cath Kidston website and in stores on Thursday the 20th September, be sure to be quick as the popular items can sell quite quickly!

Which items are your faves?

Who would you like to see a collection for next?

I’ve seen lots of negative posts about the event so thought I’d share my feelings on the night.

* The light show on the building was amazing, I understand that people were disappointed that it wasn’t a new projection, but from what I understand that one was only previously seen live at a press event, so was new for me. Yes, the tech was a bit dated, but for me, that added to the fact that we were celebrating something that’s been in the parks for ten years.

* The Goodie Bag. We were all given a printed tote bag, a beautiful leather key ring and a programme of the night which I thought was a lovely touch .

* My fellow attendees. Wow! What an amazing turnout of people. Pretty much everyone had made an effort to dress in theme. It was fabulous to see and everyone looked spectacular!

* The actors. Throughout the entire event there were actors walking around. It was sometimes tricky to tell the actors from guests as everyone had made such effort but they were really interactive and fun. All through the queue for the ride you had actors being really earie and creepy, then outside the actors were joining in the dance party and getting everyone going, it was an amazing addition to the fun of the night.

*Photo Location. I was so glad to see a photopass location for the night, a really cool backdrop and actors to pose with as well. This had a short queue for most of the evening. Our photos turned out really well as a fab memento of the event.

* Dance Party. This was a strange one, the music was perfectly fine, a broad range that would suit most people that wanted a dance, but the party was for such a small amount of people that when it kicked off everyone was either waiting to get the LE merch or on the rides. It was lovely to have music playing in the park as we walked around, just a shame it didn’t really work as a ‘dance party’. It may have been more effective if the party had gone on a bit later.

*Rides. I’ll be honest, I only rode ToT. We were able to walk through without queueing, the actors inside were AMAZING and the ride itself was fab as always. If I were a more ride orientated person then I’m sure I’d have taken the opportunity to ride crush a few times without the crazy daytime queues but, I’m not a ride person – so I didn’t 😂 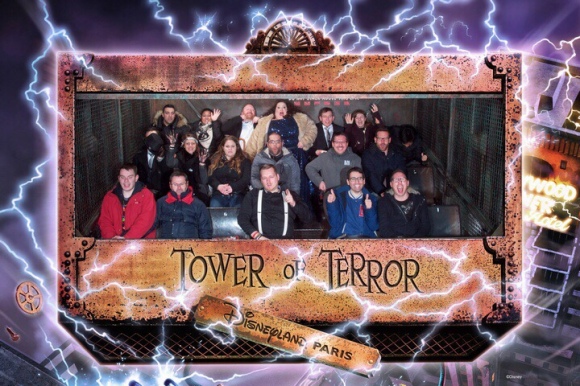 * The key debacle. The programme said that a limited edition item was available for sale in the gift shop once the projection finished. Seemed everyone decided to go get that immediately and the shop was MADNESS. It took well over a hour for them to get security in an sort out the mess, by which time there had been much shouting and fighting in the queue. What made matters worse was that we were limited to one per person on the night so you had to go buy them individually. Turns out though that they made more than people attending, so everyone could buy the key from the next day anyway 🙄 This part was incredibly poorly organised and disappointing.

*Food and Drink. The restaurant in Studio One was open for burgers and nuggets etc but that was all. It would have been nice to have had some pop up booths with special snacks/drinks for the night.

*Characters. This was the biggest disappointment for me. I expected to at least see bellhop Goofy at the event if not all the VIPs, but sadly there wasn’t a single character at the event. This was a shame.

Overall, I really enjoyed the event. I don’t think that €38 was too much to pay for it as I had an amazing experience. I have heard a lot of people complain about the price, but honestly, I am unsure what more they could have wanted than what I’ve mentioned above.

If circumstances allow then I will definitely be looking to attend the next AP event mentioned in the email following from this one and I encourage any AP holders to do the same!

Did you go? What did you think?

Plus Size Disney clothing in the U.K. Is near impossible to find (unless you want Jammies – but who wants to wear Jammies in public?!) so I am addicted to window shopping the US sites. Forever hoping to catch the 50% off international shipping days!

I thought that you might like to see the items I am lusting after at the moment, let’s start with Torrid. 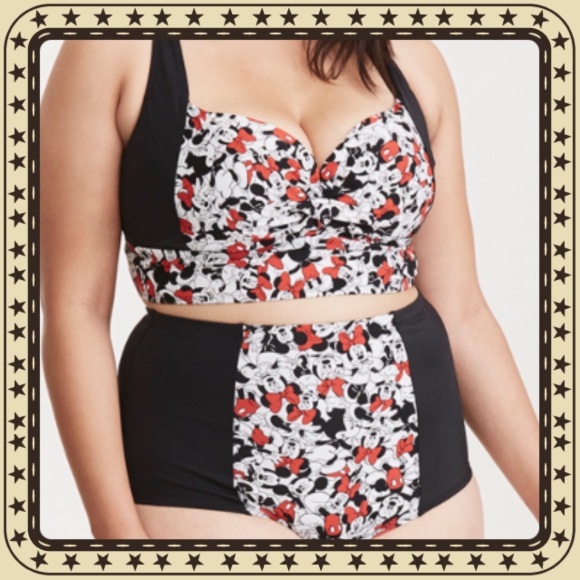 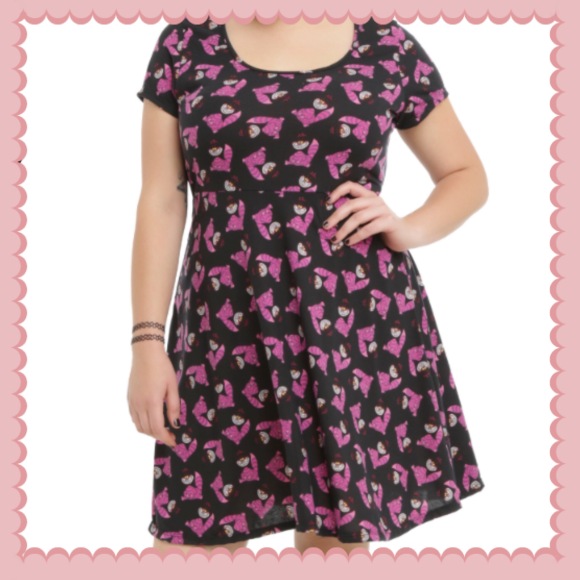 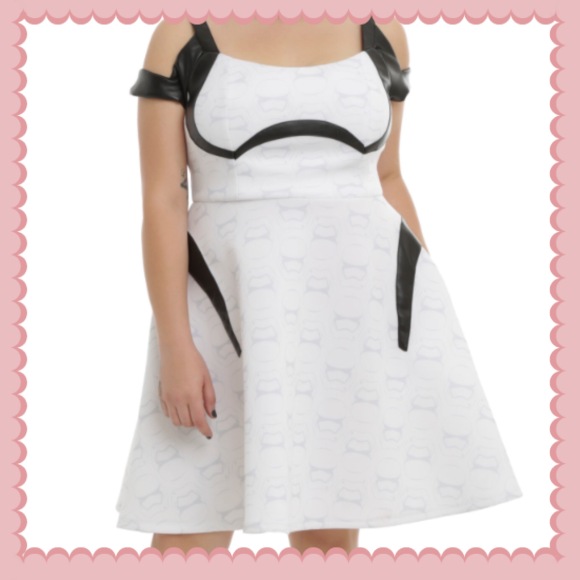 I think that’s more than enough to give you an idea of what’s available!

Both websites offer 50% off international shipping occasionally, if you are signed up to their mailing list then you will be informed when that offer comes around. Please do be aware that you are likely to be hit with customs charges though – which can be just as much as the 50% you saved on shipping!

What clothing collections are you loving that are available at the moment?

Jessie’s cowgirl style is an ideal bound for a cooler park day!

Click the links below to purchase any of these items!

All items were available to purchase on the links provided on the day this blog went live.

I think this is a super cute outfit and would definitely rock this in the parks.

How would you style a Jessie bound?

January is the poorest of months for most people who celebrate Christmas. Obviously, this means that it’s also the month I am most likely to find everything I want, but can’t afford!

So here is what I am lusting after at the moment … Disney Style! 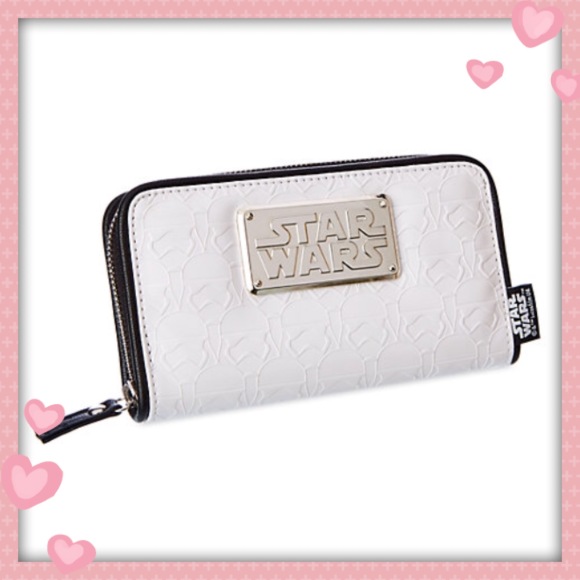 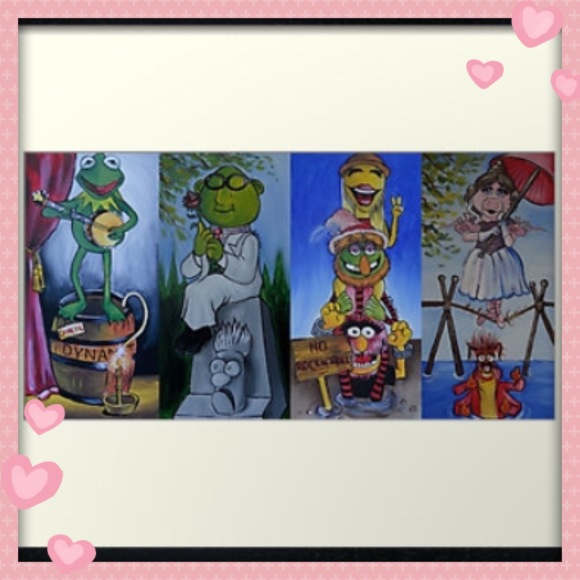 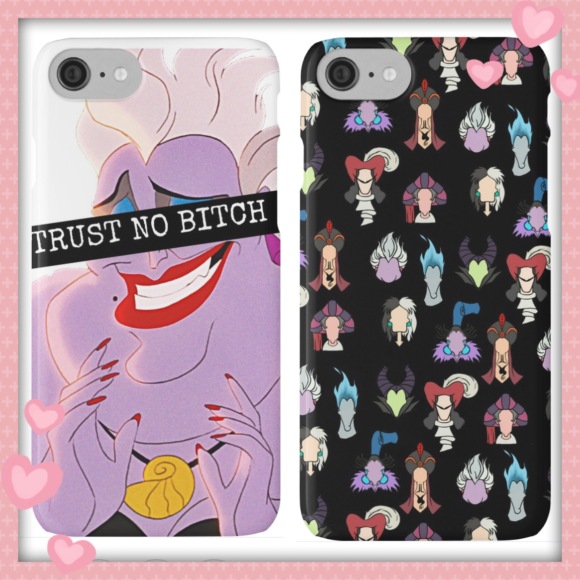 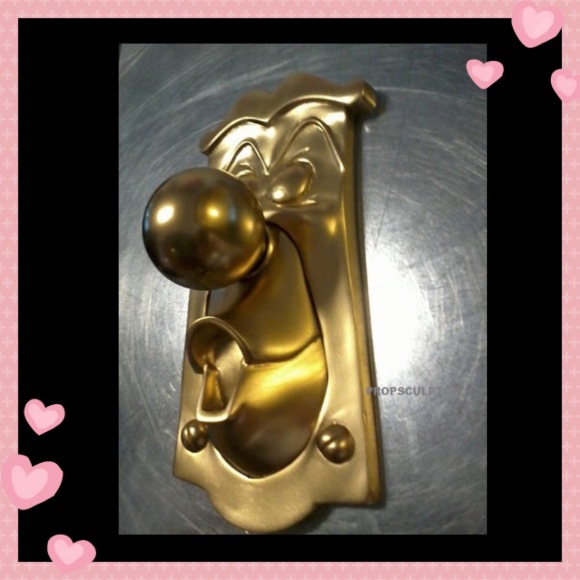 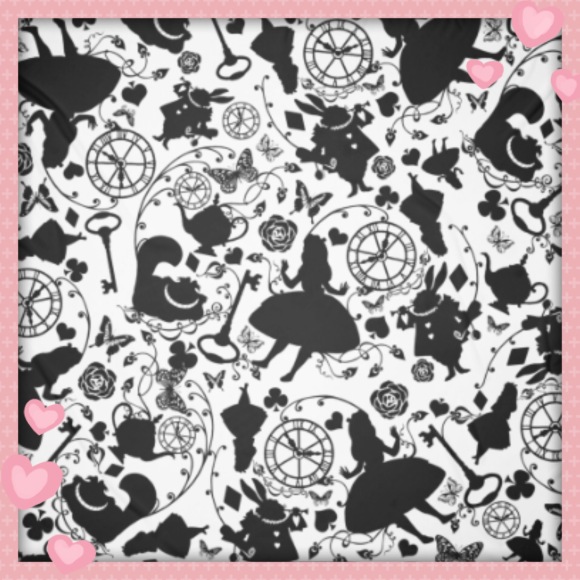 I’ve stuck to items available in the UK as I keep getting stung with customs charges when I shop abroad!

It may be a bit Alice and Ursula heavy, but let’s face it – it was always going to be! Haha!

What are you lusting after at the moment?